10 Startling Facts About ‘GOOD FRIDAY’ : Good Friday is a religious day for Christian community as it marks the crucifixion of Jesus Christ. While some claim that it was earlier – “God Friday” which gradually turned into Good Friday, the others state that the word – ‘Good’ signifies holiness which is associated with the lord. This day is followed by “EASTER DAY”. This article would make you aware of several lesser known facts about GOOD FRIDAY.

Government of Cuba, declared a national holiday on the event of Good Friday in the year 2012, Yup you read it right… 2012.

No Nails in Hand 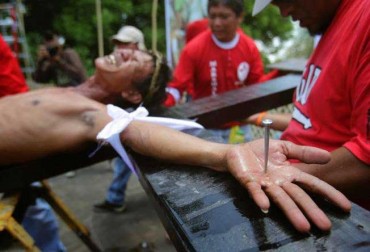 At some places people willingly nail themselves. Some really go far in devotion and churches condemn this practice. However, this re-enactment remains one of the greatest reason of tourist attraction on Good Friday.

The origin of the word “good” is unknown. While some believe that the “good” in Good Friday stands for holiness and sacrifice of Jesus others proclaim that may be the word god has got deflected towards “good”. 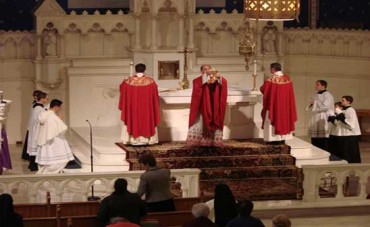 The celebration of Good Friday begin much early , the time is between 12:00am to 3:00am. It begins with prayers and chants by priests followed by other rituals.

There is a tradition of eating hot cross buns on Good Friday, especially in the UK and some people also believe that breads which are baked on this day never rots.

In most parts of the world, Good Friday is one of the few days which is not celebrated through mass participation.

On ‘Good Friday’ public dancing is banned in Germany. Some Christian countries even ban the consumption of alcohol on Good Friday. 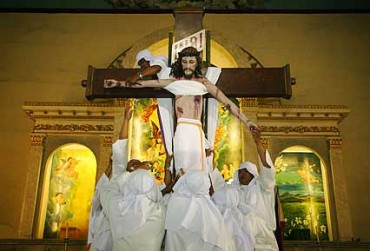 On the occasion of Good Friday the cross is removed from the church and service is done which focuses on Christ’s burial tomb.

Top 10 Funny Clash of Clans Base

A mass media student with an undying interest in writing. Her blog : shwetarighttowrite.blogspot.in