Hey Clasher, Got you all a Clash Of Clans Town Hall Level 5 Defense Base/Layout. Found and modified good clash of clans base designs for TH5 War Base.

Do you get attacked and 3 stared a lot? Does your TH5 War base doesn’t stop the enemy clan from scoring a 3 star on you. Ahhhh… well I know exactly how you feel 🙁 . Your Clan Leader and Co leaders would prefer opting you out of the next war because of your poor base design and they may even put the blame {maybe rightly so} on you if the clan looses a war due to 1 or 2 stars. Worst of all you could get kicked out of the clan. Remember, Clash of Clans may be just a game for you but not everyone thinks of CoC as JUST a game.

To help you guys out “Thats My Top Ten” has put together a collection of Ten TH5 War Base Layout. St of 10 very good clash of clans base/ war base layout and design. Now, this might not be a fool proof base but they are carefully designed in such a way that all the buildings fall under the range of of defensive buildings like archers tower, air defense, canons, mortar and wizard tower.

Please Note: The Town Hall in the Images are of level 9 but only buildings that are available to TH5 have been used for the war base and any Th5 clasher can use the base designs. 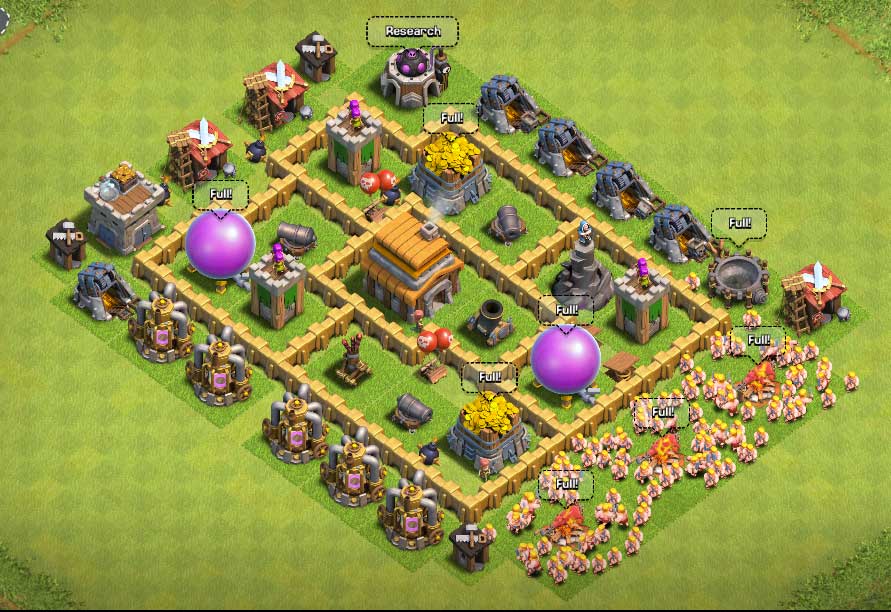 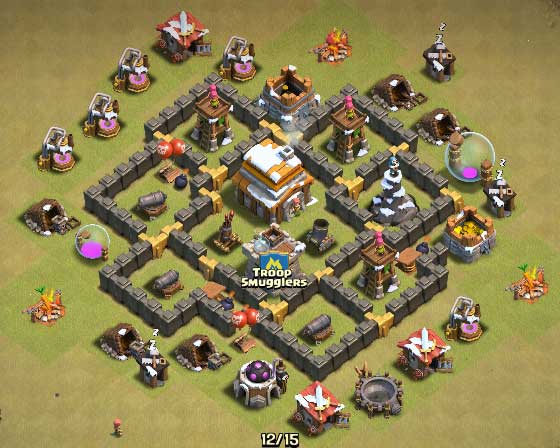 Check out this Town Hall 5 Defense Trophy Base