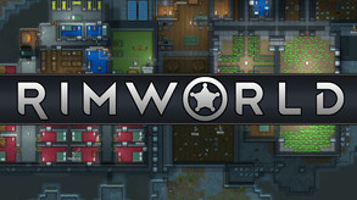 Top 10 Beginner’s Mistakes in RimWorld to Avoid | RimWorld Steam : Rimworld is a game of great depth and one that doesn’t hold your hand. You learn most things the hard way. So here are 10 mistakes to avoid if you don’t want to feel really daft while playing RimWorld.

1. Don’t Make Every Colonist Do Every Job

It’s tempting to use the priority screen to get as many people doing each job as possible but you’ll almost certainly end up with jobs that never get done especially low priority jobs such as cleaning. Aim for as few ticks as you can get away and specialize.

Even when you’ve carefully prioritized tasks sometimes your colonists are failing to do a job for really dumb reasons maybe you used the pile of wood already or you forgot to add bills to the workbench or the one colonist who is assigned to building is stuck in the hospital. The game won’t tell you when you’re being an idiot BUT I WILL !!

3. Don’t Shoot Each Other In The Back

I’ve definitely been guilty of allowing this to happen more than once during early raids. we’ve complacently choked a combination of melee and ranged fighters into a fight only to have the range character shoot the melee character Oops a badly aimed bullet can easily injure animals too

4. Don’t Be Fooled By Appearances

You have a base that looks clean, you’ve manually ordered matey boy to clean up that pool of blood and bits of sick and yet everyone’s still getting pissy. So how clean is your house? Use the beauty toggle button at the bottom right to uncover all the hidden dirt that’s uglying up your nice wooden floor and then beef up your cleaning detail. That button will reveal a lot of other things you may not have thought about such as forgetting to lay floors and the doors or the fact that mountain you’re using as a set of walls is as ugly as sin.

5. Don’t Fire An Incendiary Launcher at Your Building

Do you have a flammable wooden colony? Do you have incendri launcher? this kind of writes itself but the best laid plans and all that you know.

6. Don’t Let Your Animals Eat All Your Stuffs

It’s easy to forget that animals need to eat too. One day you learn about how animals make effective killers during raids and frealing tame a whole bunch of them and then later find out that you have no food left. The reverse is also true make sure your tamed animals do have access to food. Don’t for instance restrict them to a pen and leave them to starve. That will be cruel.

7. Don’t Use Weapons To Pacify One Of Your Colonists

If one of your colonists has a mental break where they need to be pacified send in a colonist with bare hands to attack them, this is the least risky way of doing it as using weapons can result in death and general scenes.

8. Don’t Be Complacent About Your Food Supply

Your food supply can be wiped out instantly by blight and very quickly during a cold snap event where the temperature can drop far below minus 10 degree mark that most plants need to live. As soon as you can consider growing at least some of your crops indoors where you can control the temperature. Basic stuff but also always have a large supply of food even in summer and keep everything in a room that’s as close to zero degrees Celsius as possible preferably close to the kitchen for efficiency’s sake.

9. Don’t Leave Your Batteries Out In The Rain

Batteries should be kept under a roof leaving them exposed to the elements can result in short circuits and general shit baggery. The same goes for Sun lamps.

Even apparently harmless animals can hurt your colonists or worse. My colony had a pet cat called Tim whose blood lust knows no bounds. He had killed and he will kill again. Just be very aware of innocent looking animals and birds. 😛