It’s been a couple of weeks since the Google i/O and the release of the developer version of Android L. It’s easily one of the biggest update to android since Android was launched, so let’s go through the top 10 features of Android L.

Yea! This is not a typo. The top feature of android is Android L. Every version of Android has been accompanied by names of desserts eg: Cupcake, Donut, eclair, froyo, gingerbread, honeycomb, ICS, Jellybean, Kitkat and now they are just coming out with Android L. I mean this doesn’t make too much of sense. Think about it L is the first time Google came out and released the OS for developers preview this way they are giving manufacturers and developers a taste of the next version of Google so that they can optimize, design and adopt the design to the existing UI/skins. So by the time android L is ready for an official release everyone will also be ready for it. This will increase chances for OEMs to give out Android L updates faster to their devices because we know how long one has to wait for an android update 😛

In Android L not only the button layout look different but the recent layout has also got a facelift, gone are the days when we used to see the little thumbnails of apps which we used to see since ICS. The recent apps are now viewable in this large and rolodex styled tabs which are similar to the tabs in chrome (mobile) 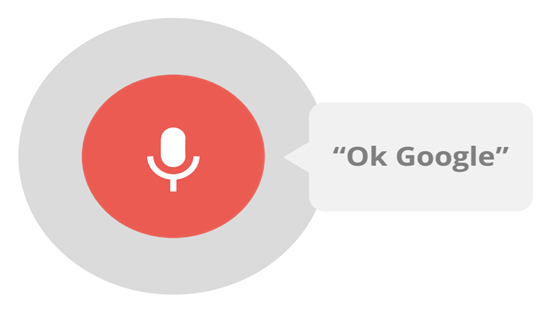 Over the past few weeks Google has been rolling out an update for the hotword detection for Google now wherein you do not have to be on the home screen for it to work but you could be in any other app and still fire up ‘Google now’. This feature will also work when the screen is off, yes! We have seen this on the Moto X but with this feature been integrated into the core of android maybe we will see more and more phones being released with this feature.

Personal unlocking in android is similar to all the other phones where you can set a pin or password but the difference is that it will only ask you so type in the pin or password when it can’t detect a trusted Bluetooth device or a trusted location near it, so when you are at home it will bypass your lock screen but if you have it connected to a Bluetooth device (Google is hinting on android wear 😛 ) you don’t have to worry of leaving it at a restaurant and fearing strangers of getting into your phone as the password will be automatically enabled. 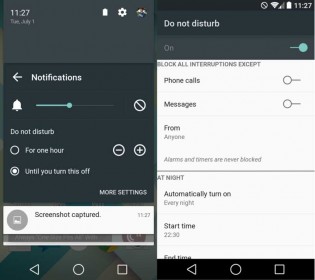 This one is not that big of a feature and we have already seen this in iOS and other android OEMs but having Google implementing it right into vanilla android is a good feature to have. In addition to this you can turn ‘do not disturb’ on right from your volume button and you can also set the time you want the ‘do not disturb’ mode to be on for, so the next time you go in for a movie just set the time accordingly and you can happily forget to turn that feature ‘off’. 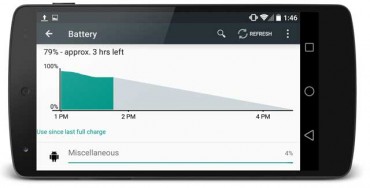 With Android L also arrives project Volta. Project Volta will be responsible for extending and making android more power efficient and less juice thirsty. This project has an api. Which helps apps do more important tasks while your phone is charging rather when you are on battery. It also tells you how long you phone will last on the battery before it dies off and also how long your phone will take to charge to a 100%. Finally Google is including a power saver mode into stock android, which combined to other improvements of project volta has given the power thirsty nexus 5 a 30 – 40% battery boost. 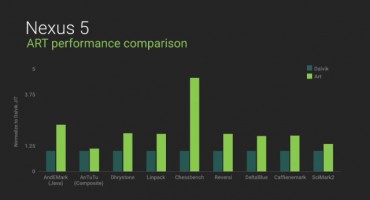 Android runtime A.K.A ‘ART’ is responsible to make your apps launch and run faster on your android device. So say good bye to all the long waits for the launch of the apps and while toggling between apps. ART also brings another important thing and this is the ability to support for a 64bit CPU so don’t be surprised if the next nexus has a 64 bit CPU under the hood. 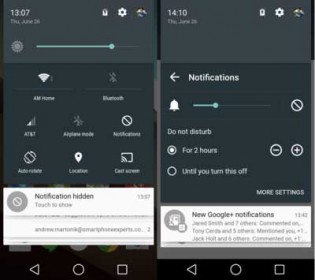 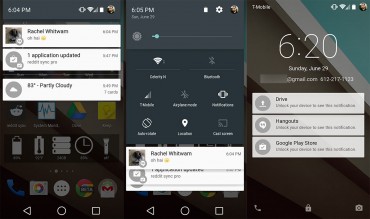 Android Notifications have always been great but with L Google has taken it up a notch. The first thing you will notice about the notifications is that they show up right on your lock screen which can be swiped if you want to clear the notifications. 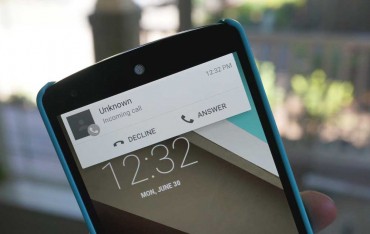 ‘Heads up notifications’ just pop up on the upper part of your screen without pausing or interrupting you while using your app or gaming. These just happen for important notifications like when you are getting a call or receiving an SMS. 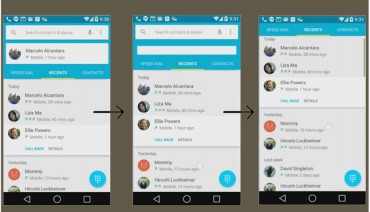 This was the biggest UI overhaul since Ice cream sandwich, and Android L hasn’t only changed  the finer details like: the way you interact with the UI, the transition animations etc. But it has also influenced the overall design which will be a universal design to all Google devices.

Cyanomax – Collaboration of Cyanogen and Micromax

Top 5 Reasons to Switch to CyanogenMod