The Moto G is no stranger to the Indian market, it made its first appearance in 2013 and was an instant hit with the Indian consumers. The Moto G was also Motorola’s most successful device of all time. One thing you must have assumed from that is ‘this phone must be good.’

The first time you get this phone out of the box you will notice the size and the feel it has when you hold the device. The Moto G 2nd gen has a five inch display as compared to the previous version which packed a 4.5 inch display. 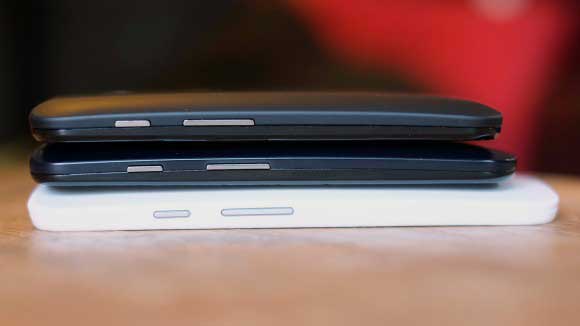 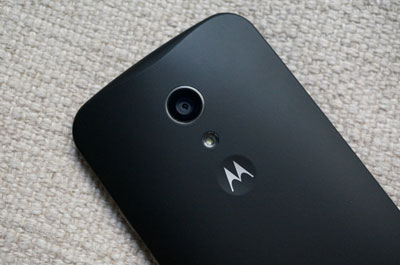 Both the phones (Moto G 2013 & 2014) have sturdy built quality and feel really good in the hand. The phone has this soft touch feel to it which is good since you won’t be accidentally dropping the device, but you should remember that the ‘White’ version of the Moto G 2014 has a glossy back while the ‘Black’ color version comes in with a ‘matte-black, rubberized’ finish. So you need to choose between color & choice of finish. The phone has a curved back, which is just amazing & comfortable when you hold the phone in your hand as it just perfectly fits in your palm. Weighing at 149g the Moto G 2nd gen is just 6gms heavier than the previous version

Not to forget about the dimple housing the OEM Logo, this initially will seem weird but it is an excellent spot to keep your finger when you are on a call. Trust me once you are used to it, you will never be comfortable taking calls on another phone 😛

As mentioned before the screen is the main selling point of the 2nd Gen Moto G, the device houses a 5inch 720p display with a PPi of 294. Something that you must notice is that the Moto G 2013 also had a 720p display but with a 4.5 inch screen it resulted in a higher PPi density (326 PPI). The 2014 Moto G does have corning Gorilla Glass 3 which means it is resistant to scratches so don’t bother keeping it your pocket among your keys. The display type is a IPS LCD so the phone is going to do just fine outdoors, so you could switch the brightness to auto or just bump it all up and you’re good to go.

Since you are taking a look at the screen there is something on the front of the phone which you just cannot miss, I’m talking about *Boom* 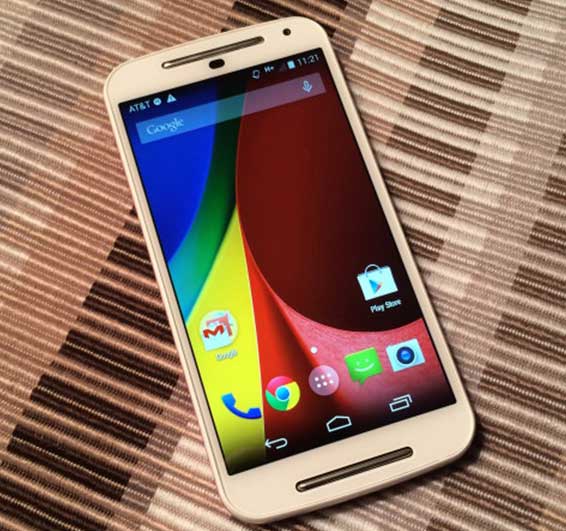 The Front facing speakers, this is such a beautiful and utilitarian upgrade from the 2013 version. These speakers are much better while watching movies, YouTube or just while playing games. As long as we are on front area of the phone, your selfie shooter has been upgraded to a 2mp camera from the 1.3mp camera on the older version.

Speaking about the cameras, the rear shooter on the Moto G 2nd gen has also been bumped up to a 8mp shooter as compared to the 5mp found on the rear of the older version (Moto G 2013). The cameras however record 720p videos @30fps with a HDR mode at your disposal.

The memory on this phone is the same as the previous version, which is 8/16 GB onboard storage. The added advantage here is the micro SD card support on the Moto G 2nd Gen, this was my (personal) best feature on it. The storage can be expanded all the way to 32GB and no the phone doesn’t show any lags even while using a 32GB SD card.

The Moto is a stellar piece of device, with a close to vanilla android look you have no lags while going through the UI and using the phone. The Phone will also be getting an Android 5 AKA lollipop official update from Motorola or Google 😛 (confirmed by Motorola).

Hope this Review was helpful, this surely will make a good gift for your closed ones and family member during this festive season. Gimme a shoutout on twitter @Thatsmytop10 & also tweet to me on my personal twitter @dizzyvulture. Share the review if you like it guys, it helps us alot. 🙂

Cyanomax – Collaboration of Cyanogen and Micromax